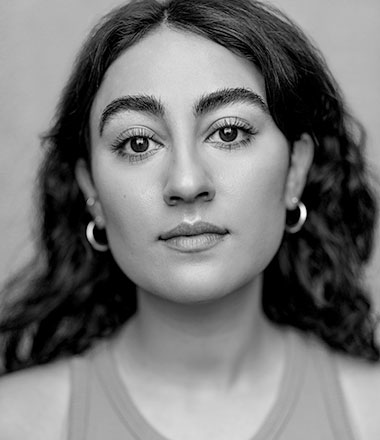 Afsaneh is an actor and voice over artist with a neutral, British accent and a relatable, clear, warm and endearing voice. She has voiced audiobooks for Penguin, radio plays and documentaries for the BBC, as well as background dialogue for television. Afsaneh has worked in a number of accents including London, American, Iranian and Arab, as well as in the Farsi language. Her acting credits include Phantom of the Open (BBC Films), Foresight (Film 4),  Marriage (BBC) (Tyrant (FX), Temple (SKY), Our Kind of Love (Underwire performance nomination, London Short Film Festival).

Squawk fact
Afsaneh has a phobia of taxidermy, which makes walking into new pubs a surprisingly nerve-wracking experience.